Skip to content
The Australian National Imams Council and the Australian Fatwa Council are conscious of keeping the Muslim community united, in particular during Islamic occasions and celebrations. It’s therefore, They would like to take this opportunity to make the following announcement:
The Kingdom of Saudi Arabia, the custodians of the two sacred cities Makkah and Madinah, in which the rituals of Hajj including Tawaf, Sa’ai and standing at Arafat are performed, has announced that Sunday, 11th of July 2021 is the first of the Month of Thul Hijjah in the year 1442 after the Hijrah (Migration of the Prophet Peace Be Upon Him).
As a result, His Eminence the Grand Mufti of Australia Dr. Ibrahim Abu Mohamad announces that: 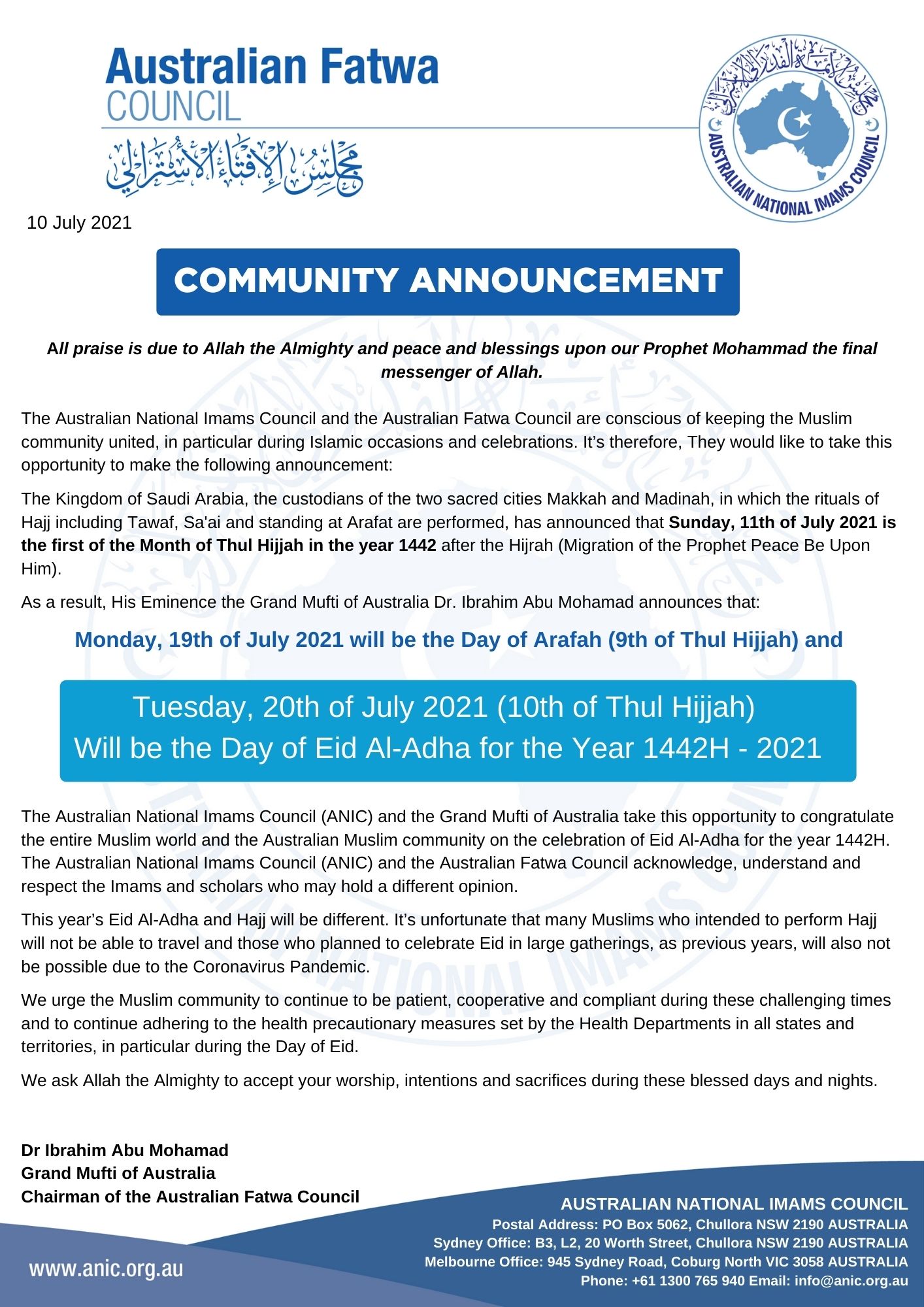 The Muslim Women’s Association of SA (MWASA) put together a team and participated in Clean Up Australia Day last Sunday, 3rd of March.

Clean Up Australia Day is Australia’s largest community-based environmental day. It was started in 1989 by ‘average Aussie bloke’, builder and solo yachtsman, Ian Kiernan. His dream of sailing around the world came true in 1987, however his excitement and anticipation turned to anger and disappointment to find the oceans polluted and choked with rubbish. Upon returning home he put together a committee of friends and organised a clean up of his own backyard – Sydney Harbour. Now more than 33 million hours have been contributed by Australians towards the environment through Clean Up Australia Day.

We called Adelaide City Council to find out where we could be of service and it was kindly advised that GS Kingston Park/Wirrarninthi (Park 23) could do with some attention. That turned out to be very true, our team with 2 other community groups collected a total of 2,160 litres of rubbish and recycling which was removed from the parklands! Adelaide City Council collected all the bags of rubbish after the clean up and sorted out the recyclable rubbish and compostable material so that they did not end up in landfill.

Our team of almost 30 volunteers were blessed with perfect weather on the day. The whole day was a brilliant success and thanks must go to the volunteers for that, especially Site Supervisor Nosaiba. It’s always a beautiful thing when community members give selflessly from their time for the betterment of the whole. Everyone enjoyed the day and everyone stayed safe, there were no first aid or other incidents.

Clean Up Australia Day hasn’t released this year’s statistics yet but it will be interesting reading when they do. Last year’s statistics showed that more than three times the rubbish was collected in South Australian parks, up from 2017.

It was encouraging to see that this year the Australian National Council of Imams released a statement encouraging all Muslims to participate.

Our team looks forward to next year, we hope you can join us.

Until then, there’s so many things we can all be doing in our every day lives to REDUCE, REUSE and RECYCLE.

A total of NINE 240 litre bins of rubbish and recycling was removed from the parklands!